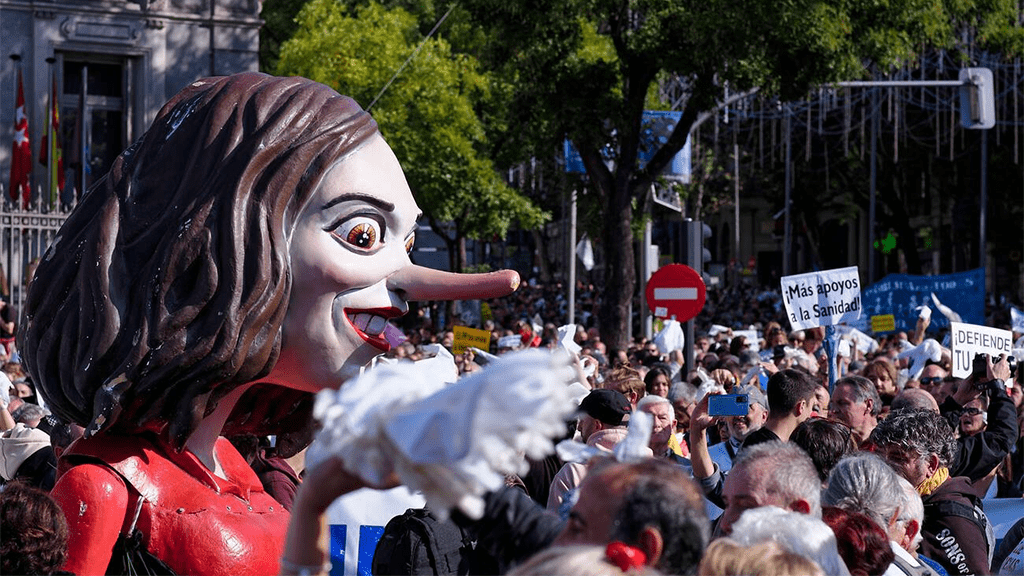 Organisers expressed the regional government’s cuts in funding and staff have raised waiting lists and prompted layoffs and job uncertainty. They spoke despite being Spain’s richest region, Madrid pays the least on primary healthcare.

Four groups marched from various areas of the city and assembled on Cibeles, near Madrid’s city hall. Spanish media said there were upwards of 200,000 individuals at the protest according to local administrations, while organisers put the figure at over 600,000.

Some signs shouted for the resignation of regional President Isabel Diaz Ayuso, of the centre-right People’s Party. A huge puppet of Ayuso was carried via the crowds.