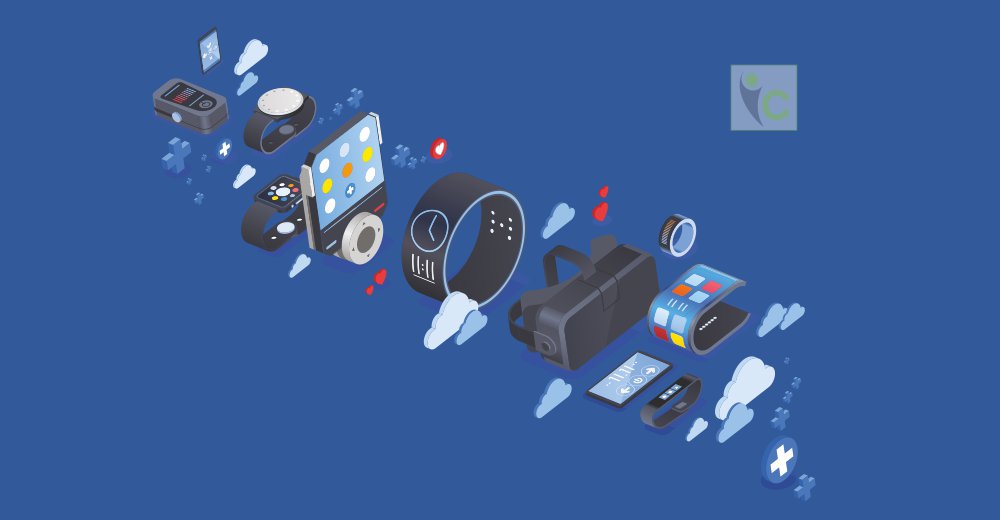 The Importance of Wearable Devices

Sam, a patient of clinical depression has only medication to save him which improve his moods and get him to do things. No medication, no life in short is what life is for him. But he has one problem. Besides depression, he has laziness and absent mindedness to keep him company. In sum, he skips taking medication because either he forgets or feels lazy to do so. Life for him is thus a continuous fight with his own self, part of it inadvertent and part self-created.

Science thankfully has a way to cure him of this and get him to take the medication in right doses at the right time! Wearable patches & devices from the likes of Proteus Digital Health of the US who are said to have developed a combination of medicines (pills in this case) with sensors which send signals to a wearable patch which itself transmits information to a smartphone-based app that give accesses to caregivers and physicians about the status of medicines and when it was taken! Now the likes of Sam shall forever be on the radars of the medical system who can instantly detect him going slack + know all about his mood-swings and related conditions!

And that, is the power of wearable medical devices. They go where no man (or woman) has ever gone before and also bring change in the field of active health-care like never, ever before! And they aren’t the only ones. Sample a few others mentioned below.

Wearables to detect cancer cells in the blood!

Circulating tumor cells or CTC is the stuff that full-bodied metastases stage cancer cells shed into the blood streams which going forward transform themselves into full-bodies cancer cells which itself shead even more CTC. With time CTC go from the blood-cells into organs and create havoc there. If left unattended, CTC can pretty quickly overwhelm any body by the uncontrolled growth of cancer cells. The best time to get them is when they are yet in the blood-streams i.e., till they are yet CTCs. And that, is easier said than done as it means taking blood sample very often and investigating them for cancer cells. That could well be a thing of the past with pioneering efforts of the University of Michigan’s wrist-worn devices designed to continuously monitor the blood-streams for CTCs which is said to screen the wearer’s blood every few hours for CTC. Coupled with an app in the wearer’s mobile phone, it could continuously keep track of cancer cells and not let them raise their heads ever!

Wearable Sweat-Sensor for Athletes which inform on water and electrolyte levels!

There’s nothing like a good run to get the system going. And there’s nothing like a good run to get the juices flowing which invariably includes water in the form of sweat and with it, electrolytes including essential salts and sugar. One group that needs to know this continuously are athletes, more so long distance runners who sometimes get into places where getting both water and essential salts could be next to impossible. To their aid comes a water-proof patch in the form of a bandage with built-in sensors that warn right in time way before things hit the extremes. Mind you, such a patch also helps swimmers! With pores on the side which comes in contact with the skin, it has very fine sensors which analyse the sweat on many parameters to arrive at issues like dehydration.

the AWAK PD is Singapore’s contribution to the making of a breakthrough device of immense help to renal failure/ kidney failure patients. It’s a wearable and portable dialysis device which uses AWAK’s patented sorbent technology and offers a very convenient method of Peritoneal dialysis which allows patients to perform dialysis while on the go without the need to visit hospitals and dialysis centres for therapies and assistance. Results have shown conclusively that the AWAK PD removes accumulated waste and filters blood sufficiently with patients experiencing no adverse reactions either during or after the intervention!

The Anywhere BioPatch which patches up life from Zephyr Anywhere

The true BioPatch which sits where it matters most, on a wearers heart, this is one set of wearables that continuously tracks patients’ health almost by the seconds and send vital information about heart-rate, pumping rhythm, any anomalies and similar information round the clock to monitor the patients’ vitals. In doing so, they save precious time in bringing patients to the medical facility well in time for a preventive intervention to be administered with speed.

Close to 60% of deaths in hospitals while under care even in countries like the US with advanced medical care is the result of error in judgement due to the lack of information about the patient when brought into the medical facility, more so in times of emergency. The fact is fairly straight. What do you do with someone whose identity or medical conditions you do not know in the first place but has been put before you in a life-threatening condition? Steps taken despite the best of intention and knowledge may result in complications and even death. What then do you do? You take the help of the likes of Zebra Technologies who specialize in creating wearable devices which improve patient identity management. At the heart of this is a RFID-based wristband which contains health-related records besides images digitally enhanced. Medical staff including Doctors only need to scan the RFID tags with whichever gadget has a scanner to get all the latest healthcare information. This is very, very essential where the person comes to the medical facility in a state where he/ she is not in a condition to inform the medical practitioners of his/ her prevailing condition.

On how wearable devices help, the following points are worth noting:

Blockchain Technology May Alter The Future Of Healthcare

Blockchain technology, has indeed revolutionized the vision for the destiny of information and data. At the most rudimentary level, blockchain technology allows the decentralization of data; that is, it provides for the control of information to steer away from a centralized entity (for instance, an individual or organization) to a distributed network.To stand out in the industry, practitioners have no choice but to deliver healthcare entry following consumers’ changing preferences. Those who drop behind in enhancing and digitizing care incidents risk losing patients to their more up-to-date rivals.
What Is The Digital Patient Understanding In Healthcare?
The digital patient understanding comprises patients’ technology-powered exchanges at every point of the care journey. To be more adequate with the strategy, providers should strive to match healthcare customers’ online behaviors and anticipations. It does impact patients’ idea of the care experience, which today traverses multiple touchpoints.
Need of the Hour for Digital Patient Experience
Analyses show that consumers prefer and are increasingly using digital norms to access healthcare. As such, providing a quality patient digital experience will allow you attract and retain patients. Not only does gratifying patient expectations make practices look exemplary, but it can also make them the preferred provider in their area.
Approximately 60% of consumers research online to find a new provider, and a equivalent percentage checks out a practitioner’s website before choosing a physician. There’s no arguing that healthcare providers without an enhanced online experience often lag in drawing and retaining patients.
How To Improve The Digital Patient Experience In Healthcare
To assist grow your practice, enhance the patient digital journey with these crucial elements that consumers pick today:
• A Strong Online Presence
Healthcare institutions must make their web presence count by discoursing consumers’ priorities. You have to deliver excellent and comprehensive data because 71% of prospective patients will use it when choosing between your practice and competitions.
Furthermore, review and test your website’s search tool. Is it easy to utilize and quick to spot across all pages? About 55% of customers expect a smooth experience using this feature to look up specific facts or services on healthcare websites.
Another way to improve the digital patient experience is by including a mobile-optimized website—an essential deciding factor for customers looking for medical information or services online. A place with excellent navigation, readability, and other functions can assist you satisfy digital healthcare access purposes such as check-in management and patient monitoring.
And ultimately, cast your online net wider by creating your practice’s website inclusive and available to all. Depending on the local neighborhoods you’re targeting, that may entail accommodating various vocabulary preferences on your site. You can also incorporate special-needs individuals in your growing online consumer base by incorporating screen readers for visually impaired individuals and patients.
• Online Appointment Scheduling And Revocations
The inclination for online appointment scheduling among healthcare customers has been rising steadily over the years. It’s no longer sufficient to showcase your clinical expertise—more patients than ever like the convenience of digitally booking your care services. It’s something that some people will look at before selecting a provider, so you should make it part of your practice’s digital patient understanding.
While the period isn’t ripe to ditch phone booking completely, this traditional approach has been gradually waning in popularity in the healthcare arena. Therefore, allowing patients to book and withdraw appointments online is a way to futureproof your practice as healthcare customer preferences continue to modify.
• Telemedicine Assistance
Virtual care permits patients to engage with their doctor and get care remotely rather of in person. Telemedicine services, which preserved the day for many patients and healthcare institutions in the pandemic, are essential to the expected digital patient experience. Care providers should be ready to provide them with on-demand care, increasingly influencing how modern consumers interact with their preliminary physicians.
To create easier options for your clients with telemedicine, consider delivering a smartphone application for remote services rather of just a website. It doesn’t have to be a complicated aid to offer superior digital experiences. A patient-friendly app with basic features—like quick access to test results, looking up care assistance, and messaging the practitioner—can make a substantial difference. Instead of patients pushing back systematic care when in-person appointments are unsafe or unattainable, they can be seen on demand with telemedicine assistance.
• Digital Engagement
Your attribute of digital engagements can impact patient experience, your standing, and the bottom line. As per a 2020 report by Cedar, about 28% of patients quit their provider due to unsatisfactory digital health experiences the previous year. However, if they liked the quality of online interactions delivered, about 65% said they would document a positive online review, which 98% of patients said affected their choice of provider.
To be uncontroversial, doctors or dentists should streamline all meetings throughout the patient’s digital journey. Financial touchpoints deserve serious consideration today as they’re a central issues for many healthcare consumers. For instance, most patients want a more suitable, straightforward billing process that includes an online website and text-based payment choices.
These elements can determine whether patients will come back to you in the future. Customers are already enjoying online shopping and other assistance, so it’s no surprise they expect similar incidents with healthcare. You can increase your practice’s customer investment and retention rates by providing a smoother digital patient understanding. However, don’t limit your practice’s growth potential by only digitizing or improving a few pieces of the care journey. Patients expect greatest healthcare experiences end to end, and procedures must offer the same to avoid losing valuable candidates to local competitors or even nationwide virtual care providers. 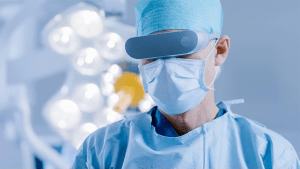 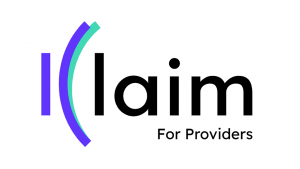 November 29, 2022 : UAE-founded fintech company Klaim has raised USD5 million in a seed investment round conducted by Dubai-headquartered venture capital and private equity business Knuru Capital. The funding was accomplished through a securitized financing structure -stated to be one of the foremost of its kind in the UAE- that witnessed Klaim initially obtain an amount of $5 million.