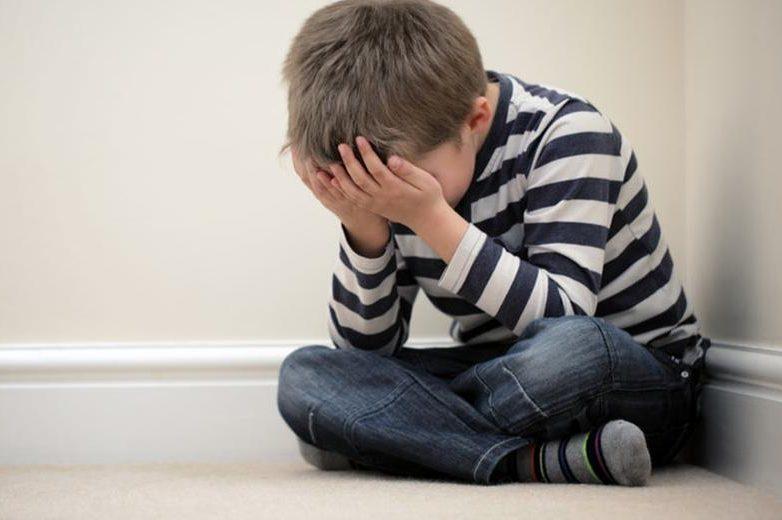 Mental Illness among Children – A Bad Behavior or a Serious Problem?

Yes, you have read it right. It may not be a bad behavior of children, but it can be a mental illness. Hence, spotting various signs of mental illness among children has become an essential task for parents. Though, mental health disorders are common and bulging/rising at a high rate in young children, a number of children are not getting the right help they need. For this, parents need to keep their eyes open and trace even the slightest of the mental illness symptoms and bring their children to the concerning doctors.

A recent study estimated that approximate 8 million children nationwide have at least one mental health disorder. The reasons for this inconsistency can be very extensive. It has also been surveyed that a lot of parents fail to recognize certain behaviors as a true symptom of mental illness. Even if the parents could recognize, they worry about their children being getting labeled with a mental diagnosis that will follow them through their childhood or adolescence. Also, financial concerns may arise regarding the treatment process. This fear among the parents prevents them from presenting the real issue to the child practitioners.

To analyze these issues parents should detect their symptoms or early signs.

Rectify the Issues at an Early Stage

Child psychologists suggest that mental health concerns should be caught as early as possible. Parents should focus on tracking their children’s activities, identifying issues, working on them, before these issues become a disaster.

Child psychologist says that there may be numerous signs among children that reflect mental illness:

If your child’s sadness or withdrawal lasts for at least two weeks or he/she has severe mood swings affecting relationships at home or school, it is the right time to take a consultation.

Look if your child is not able to concentrate or to sit still, both of which may lead to poor performance in school.

Sometimes, unstable mental condition leads to self-harm. In this behavior, a child has a tendency of harming their own body, such as burning or cutting themselves. Children with a mental health condition also might commit suicide or can develop suicidal thoughts.

It also includes drastic changes in behavior or personality and dangerous or out-of-control behavior. Fighting repeatedly, that too using weapons, and wanting to badly hurt others are warning signs.

Check for your child’s feelings of overwhelming fear for no reason. Be it sometimes with a racing heart or fast breathing or worries or fears that would directly or indirectly interfere with the routine activities.

Children dealing with this disorder face difficulty paying attention, hyperactivity, and impulsive behavior. Few children may have symptoms in all of these categories, while others might have symptoms in just one.

Schizophrenia is a chronic mental illness. It causes a child to lose touch with reality, in medical terms it is called as’ psychosis’. This illness usually appears often in the late 20’s among teenagers.

ASD is a serious developmental disorder appearing in the early childhood, usually before the age of 3. A child having ASD has always communication and interaction issues.

Read between the Severity and Duration

It becomes quiet complex for parents to decide that what they are seeing is the sign of a mental illness or the child is just behaving badly, as most of the children occasionally do. Hence, parents should have a keen look on the rigorousness and its duration.

If the child’s behavior is severe enough which would significantly impact, then it would be worth bringing it up to a child psychologist, or pediatricians. 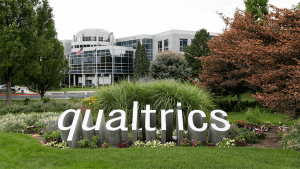 November 22, 2022 : Qualtrics, the pioneer and creator of the experience management category, recently announced that numerous leading healthcare institutions, including Ascension and Intermountain Healthcare, chose Qualtrics solutions in the third quarter of 2022. 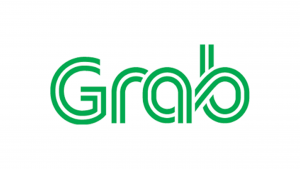 Why Digital Patient Experience In Healthcare is Need of the Hour

a full-service healthcare digital marketing firm focused on patient investment and retention, Healthcare customers have always taken the time to research and investigate their options for finding and scheduling medical services. Nevertheless, time and technology have transformed how customers make care decisions, and the Digital patient background now plays a more important role in selecting a new provider or caretaker.
To stand out in the industry, practitioners have no choice but to deliver healthcare entry following consumers’ changing preferences. Those who drop behind in enhancing and digitizing care incidents risk losing patients to their more up-to-date rivals.
What Is The Digital Patient Understanding In Healthcare?
The digital patient understanding comprises patients’ technology-powered exchanges at every point of the care journey. To be more adequate with the strategy, providers should strive to match healthcare customers’ online behaviors and anticipations. It does impact patients’ idea of the care experience, which today traverses multiple touchpoints.
Need of the Hour for Digital Patient Experience
Analyses show that consumers prefer and are increasingly using digital norms to access healthcare. As such, providing a quality patient digital experience will allow you attract and retain patients. Not only does gratifying patient expectations make practices look exemplary, but it can also make them the preferred provider in their area.
Approximately 60% of consumers research online to find a new provider, and a equivalent percentage checks out a practitioner’s website before choosing a physician. There’s no arguing that healthcare providers without an enhanced online experience often lag in drawing and retaining patients.
How To Improve The Digital Patient Experience In Healthcare
To assist grow your practice, enhance the patient digital journey with these crucial elements that consumers pick today:
• A Strong Online Presence
Healthcare institutions must make their web presence count by discoursing consumers’ priorities. You have to deliver excellent and comprehensive data because 71% of prospective patients will use it when choosing between your practice and competitions.
Furthermore, review and test your website’s search tool. Is it easy to utilize and quick to spot across all pages? About 55% of customers expect a smooth experience using this feature to look up specific facts or services on healthcare websites.
Another way to improve the digital patient experience is by including a mobile-optimized website—an essential deciding factor for customers looking for medical information or services online. A place with excellent navigation, readability, and other functions can assist you satisfy digital healthcare access purposes such as check-in management and patient monitoring.
And ultimately, cast your online net wider by creating your practice’s website inclusive and available to all. Depending on the local neighborhoods you’re targeting, that may entail accommodating various vocabulary preferences on your site. You can also incorporate special-needs individuals in your growing online consumer base by incorporating screen readers for visually impaired individuals and patients.
• Online Appointment Scheduling And Revocations
The inclination for online appointment scheduling among healthcare customers has been rising steadily over the years. It’s no longer sufficient to showcase your clinical expertise—more patients than ever like the convenience of digitally booking your care services. It’s something that some people will look at before selecting a provider, so you should make it part of your practice’s digital patient understanding.
While the period isn’t ripe to ditch phone booking completely, this traditional approach has been gradually waning in popularity in the healthcare arena. Therefore, allowing patients to book and withdraw appointments online is a way to futureproof your practice as healthcare customer preferences continue to modify.
• Telemedicine Assistance
Virtual care permits patients to engage with their doctor and get care remotely rather of in person. Telemedicine services, which preserved the day for many patients and healthcare institutions in the pandemic, are essential to the expected digital patient experience. Care providers should be ready to provide them with on-demand care, increasingly influencing how modern consumers interact with their preliminary physicians.
To create easier options for your clients with telemedicine, consider delivering a smartphone application for remote services rather of just a website. It doesn’t have to be a complicated aid to offer superior digital experiences. A patient-friendly app with basic features—like quick access to test results, looking up care assistance, and messaging the practitioner—can make a substantial difference. Instead of patients pushing back systematic care when in-person appointments are unsafe or unattainable, they can be seen on demand with telemedicine assistance.
• Digital Engagement
Your attribute of digital engagements can impact patient experience, your standing, and the bottom line. As per a 2020 report by Cedar, about 28% of patients quit their provider due to unsatisfactory digital health experiences the previous year. However, if they liked the quality of online interactions delivered, about 65% said they would document a positive online review, which 98% of patients said affected their choice of provider.
To be uncontroversial, doctors or dentists should streamline all meetings throughout the patient’s digital journey. Financial touchpoints deserve serious consideration today as they’re a central issues for many healthcare consumers. For instance, most patients want a more suitable, straightforward billing process that includes an online website and text-based payment choices.
These elements can determine whether patients will come back to you in the future. Customers are already enjoying online shopping and other assistance, so it’s no surprise they expect similar incidents with healthcare. You can increase your practice’s customer investment and retention rates by providing a smoother digital patient understanding. However, don’t limit your practice’s growth potential by only digitizing or improving a few pieces of the care journey. Patients expect greatest healthcare experiences end to end, and procedures must offer the same to avoid losing valuable candidates to local competitors or even nationwide virtual care providers. 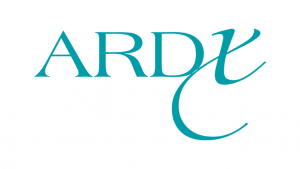 November 21, 2022 : A group of Virginia politicians declared that ARDX, a government healthcare management and technology consulting company, would be arriving to Norfolk. 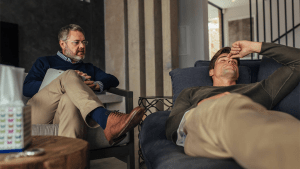 November 18, 2022 : Though the COVID-19 pandemic has reduced, a mental health crisis continues, a nationwide survey of U.S. psychologists shows.