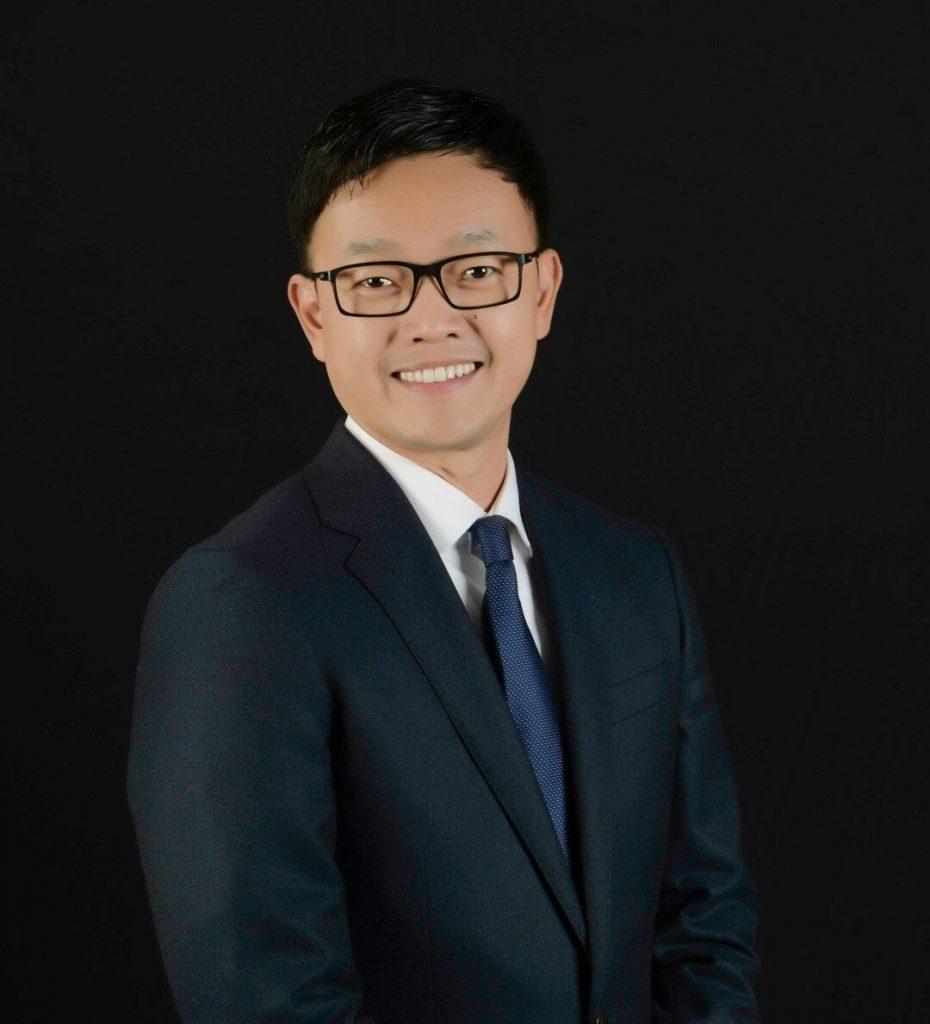 " America West has reduced reported injuries by 95%, add-on confirmations to less than 60 seconds, vehicle operating expenses by nearly quarter-million, annually, and safety rating (as per enterprise climate survey) to 95% satisfaction." 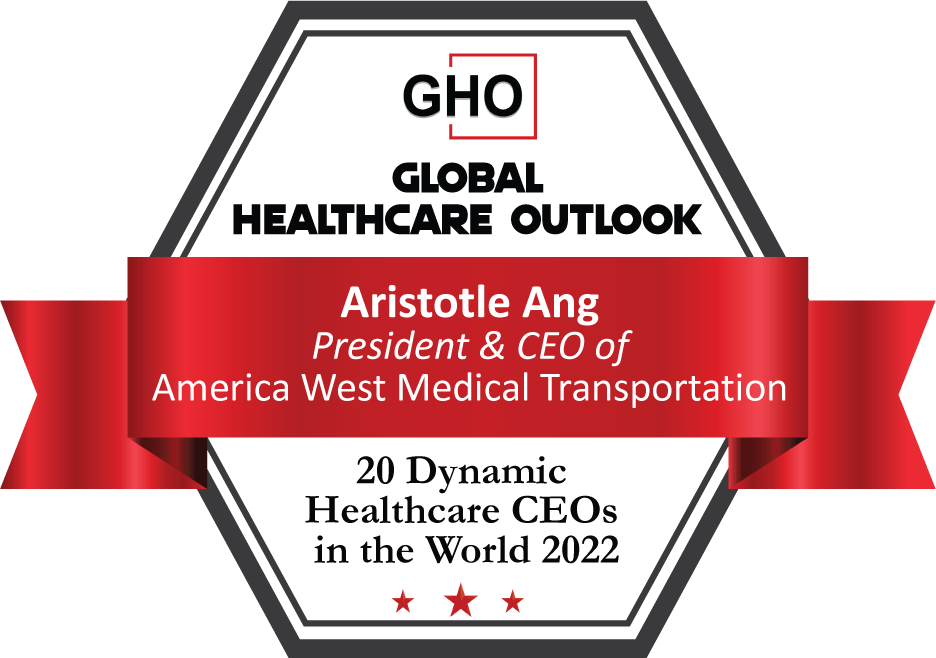 America West  Medical Transportation, Inc. transformed from a small 2 vehicle operation, running 7 trips per day, to a 99-vehicle fleet with over 340 personnel over 10 years. This company averages 15,000 trips per month now. The scope of America West has expanded from being a linear patient transportation company to an ambulance company, which holds one of the most significant medical transportation contracts in Northern California for a multi-billion-dollar healthcare organization.

So, what is the secret formula? Simply put, it has been, and continues to be, the combination of reliability, accountability, maintaining on-time performance, and, ultimately, continuous improvement practices.  In addition to these foundational qualities and virtues that have driven America West, Aris Ang, President & CEO, focuses on creating a culture that emulates the experience of a family-like environment. This has proven to be an effective strategy! Aris aims to bridge the gap between the medical transportation industry and patient care.

Aris’s role model has been his father, Teddy, who has taught him the importance of work ethic, empathy, and humility. At an early age, Aris witnessed the direct results of the sacrifices his father made for not only his family but for all who had the privilege to interact with him. Aris recalls his father being the President of a large textile manufacturing company, where he would work an average of 16-hour days. Teddy’s tireless efforts were the foundational elements that held his family together.

When Aris was in his young teen’s, he witnessed the true meaning of humility. One day he was with his father on what seemed to be just another day when they crossed paths with an old friend who was financially, emotionally, and spiritually struggling. It was clear that life was had not been kind to him. Without hesitation, Teddy offered to bring this man into his organization and helped him grow. From day one, Teddy would speak to him the same way he spoke to his family. At the time, Aris’s father was doing what he felt was right in his heart. This ultimately resulted in the growth and success of this gentleman, who later became an entrepreneur and business owner.

Not only was this contagious, but Teddy acted quickly to help another person obtain a better quality of life. These factors have driven Aris to seek higher highs, stay grounded, and be a true member of the operational team. Even if the organization struggles to move, Aris will not wither regarding culture and placing personnel needs at the forefront of the business.

Aris has focused heavily on automation and lean, six sigma operational practices in an industry where on-time performance is among the most critical factors. With that said, route & personnel monitoring, scheduling optimization, and (AI) artificial intelligence systems have been implemented into daily operations. Included in these implementations have been physical enhances like 360 cameras and speed tracker & alert systems. Each of these additions, though costly, has contributed to the reduction of waste and risk. America West has reduced reported injuries by 95%, add-on confirmations to less than 60 seconds, vehicle operating expenses by nearly quarter-million, annually, and safety rating (as per enterprise climate survey) to 95% satisfaction.

Aris’s primary focus has been adaptation and preparation for the devastating effects of digital Darwinism. New, effective technology can be disruptive and leave a wake of bankrupted firms, which has kept Aris and America West on its toes to adjust and prepare for whatever the future holds continually.

The company is constantly working towards enhancing clients’ attention toward the highest level of customer satisfaction and focusing on patient care and safety. Aris is enhancing patient experiences by bringing healthcare practices to the ambulance and medical transportation sub-industries. At the forefront of America West is the development and implementation of hiring and training new and current personnel focusing on continuity of care. He understands that patients do not always enjoy waiting for a ride to an appointment, where they are likely told some more negative news. This is essential for America West because it defines how they interact with the clients, the services rendered, and, above all, the empathy showed towards their care.

The company’s competent and compassionate team of transport specialists ensures that patients receive a seamlessly safe ride whether the trip is to or from a healthcare facility or home. As mentioned in the question, compassion and competency are essential in ensuring safety and streamlining operations. Aris stressed above all that safety is paramount! America West handles patient lives, and the roads are inherently dangerous, which means that any single mistake can cost the organization tremendously. Aris combats this through hands-on education and close-the-loop communication methodologies. Beyond that, he uses (AI) artificial intelligence monitoring systems in sync with a dedicated team of schedules to ensure alignment. Aris and America West contribute to their seamless transportation of patients and clients to their sound communication center that focuses on maintaining effective and open lines of communication between the operational team and patients/clients. Ultimately, this causes minimal to no delays in the trips.

With a focus on continuous improvement (Kaizen) principles, Aris sees medical transportation as more than simply an industry that “pick’s-up and drop’s-off” patients. America West is the first experience for patients and their last. Therefore, more than a simple taxi service must be performed. This means evaluating each trip through dedicated leaders who conduct audits, training, and seeking driver and patient feedback on enhancing the patient and a team experience to create win-win scenarios. Ultimately, Aris focuses on creating a sustainable work culture, creating ripples where drivers interact with patients. Aris sees America West and medical transportation mobile “clinics.”

In aligning with clients, Aris focuses on opportunities where clients have been able to find meaningful, sustainable solutions. This has been done through his commitment to being reliable, dependable, and quality-focused. One of Aris’s biggest clients approached him complaining that they struggled to get the majority of patients to their appointments on time, communication breakdowns with call-centers, moreover, dropped calls, and lack of reliable drivers resulting in last minute trip cancellations. What was made clear was that for some specialty appointments, patients had to wait over 3 months for essential visits but being 15 minutes or more late would result in rescheduling, which would be up to another 3 months out. Additionally, 15% of this client’s business came from last-minute “add-on” appointments, which was filled 20% of the time, meaning about 80% of the revenue was depleting in this location.

Aris presented America West and the services offered to solve all the above issues at a one-stop shop. As a result of transitioning to America West, Aris was able to dedicate 25 call-center personnel, 10 schedulers and dispatchers, and an abundance of drivers and readily available vehicles. This turned into 98% on-time performance, around 15,000 trips per month with only 5 grievances per month, and propelled America West to the number one provider of choice for this multi-billion-dollar client. The “add-on” rate increased to 99%, increasing the client’s revenue in that geographical location by around 80%. Now, this client is working with Aris and America West to expand operations.

Due to scheduling optimization through AI technology, Aris’s most significant achievement has been a combination of doubling America West’s revenue over the past five years while maintaining an impressive 90% retention rate. His obsession with top-quality solutions has taken America West to new heights, including going from 2 vehicles to 99, the revenue of less than $200K annually to a multi-million-dollar revenue, and organic growth from 10 personnel to approximately 340. During writing this, Aris is currently signing another major contract that will double America West by March 2022. While he has accomplished these incredible feats, he contributes his success to his tireless efforts and 18-hour+ workdays and his wife and daughters, who keep him grounded. They support him through the good and the bad, contributing to his continuous motivation and colossal growth.

Aris prefers to operate humbly and show results rather than discuss what might happen. However, his focus is on expanding the America West ambulance division, geographical cross-state operations, and, ultimately, enhancing the business model to adapt to modern and future needs based on policy reforms and healthcare changes. The goal is to become the staple of medical transportation by remaining a patient and client-centric organization!